Greek government puts into effect what Shipping and Island Policy Minister Theodoros Dritsas said on Sunday concerning Greece’s intention to equally distribute the refugees and immigrants throughout the country, if there is no European solution.

With 25,000 immigrants and refugees trapped in many places all over Greece, the government is looking for places to host them.

One of the solution announced on Monday morning is hosting a large group of refugees at Antonis Tritsis Park in Ilion, Athens.

As mayor Nikos Zenetos confirmed to protothema.gr, Greek army has started setting up tents for about 800 refugees and immigrants, while the army has been setting up tents since Sunday at former Greece’s airport at Elliniko and particularly at Baseball Centre, according to information.

Pantelis Pandelidis passed away on the morning of Thursday 18th February following a fatal car accident. The 32-year-old singer lost control of his vehicle while driving on Vouliagmenis avenue in the area of Elliniko, Southern Athens.

Pantelis was driving a Jeep at high speed and crashed against some car barriers. There were two other passengers in the car with him and it was reported by the police that Pantelidis and the 30-year-old sitting next to him were not wearing seat belts however the young woman, 21, at the back was wearing one. The singer was rushed to hospital but it was too late; the two women he was with are both in critical conditions. A traffic police officer said, “Even a seat belt would not have rescued him, he was fatally injured by a piece of the crash barriers that had penetrated the Jeep”.

The beloved, self-taught singer and songwriter was buried on Saturday 20th February where tens of thousands of mourners including family, friends, fans and other singers attended.

The funeral service took place at Agios Spyridonas church in Nea Ionia. There was a band present playing Pantelidis’ songs and hundreds of flowers were brought for the young singer; so many in fact that they had to be loaded into three trucks. The singer was buried in Athens’ cemetery of the Transfiguration.

The coffin was covered with a Greek flag as he served as an officer in the Greek Navy for 10 years before perusing his career in music which launched him into fame in 2012.

An estimated 20,000 people attended the funeral.

According to media reports, the singer driving a Mercedes lost control of his vehicle and crashed against the crash barriers at around 8.30 am on Vouliagmenis Avenue, southern Athens.

Pantelidis was transferred to the nearest hospital, where he was pronounced dead. One of the two women on board was severely injured and has undergone surgery, while the other, according to local media outlets, is in critical condition.

Pantelidis, a self taught musician, was born in 1983 in Athens.

EASYJET HAS OPENED A BUDGET 25P SUPERMARKET IN LONDON

EasyJet has opened a 25p store in Park Royal, North West London called the easyFoodstore. The store opened on the 1st February and sells everything from digestive biscuits to chickpeas and pasta.

Every item in store has been priced at 25p; this price will remain throughout February as an introductory offer. However, an easyJet spokesman has suggested that they may increase products to 50p thereafter.

The owner of EasyJet entrepreneur, Sir Stelios Haji-Ioannou is hoping that this store he has launched will rival Aldi and Lidl who are also discount stores. Haji-Ioannou also added that “this is another way the ‘easy’ brand can serve the less well-off”.

True to this, the store motto is ‘No expensive brands, just food honestly priced’.

Richard Shackleton, communications director for easyGroup said that the reason for this store opening is to help people who are on low paid jobs or on benefits and can’t use food banks any more. If this store is successful then they are hoping to open another store inside the M25. 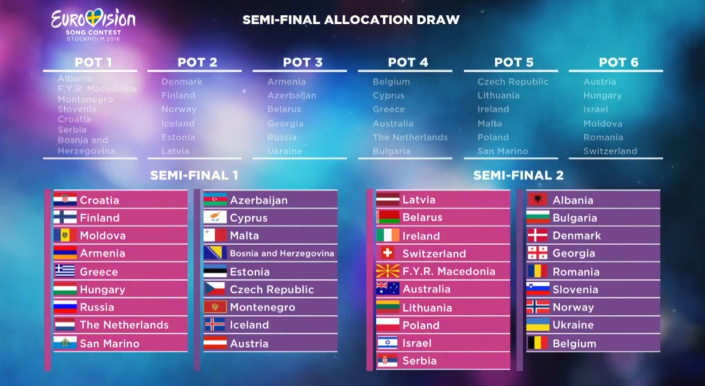 It has been confirmed that this year’s Eurovision Song Contest will see Greece and Cyprus facing the Eurovision’s first Semi-Final, which airs on Tuesday 10th May 2016.

The countries found out their fate at Eurovision’s Live Allocation Draw, on the 25th January at City Hall in Stockholm.

The way the semis are set-up, will mean only 10 qualifiers will make it out of each semi final and progress to the 14th of May Final, a few days later. 43 countries will be participating at this year’s Eurovision, of these 20 semi final qualifiers will make it to the final night. Hoping to clinch their place will be our Greek and Cypriot entry, competing among 18 countries, in the first sing-off.

The five direct finalists will be again, UK, Spain, Italy, Germany, France and Sweden who won the right to host after Måns Zelmerlöw winning entry, ‘Heroes’.

Minus One will sing ‘Alter Ego’ for Cyprus

This is what we know so far: Cyprus entry have Minus One represent the nation with a song called ‘Alter Ego‘, which the boys co-write, with Swede composer Thomas G:son. The tune only recently recorded in Stockholm, amidst temperatures of only, in fact -1 °C, will be officially premiered for the first time on 22nd February, really soon it appears. The five piece band made up of vocalist, Francois Micheletto, will be assisted by fellow band members Harrys Pari, Costantinos Amerikanos, Antonis Loizides and Chris J, who will be collectively playing the drums and guitar.

The Greek entry is almost certain to be selected internally by the Greek State Television, or ERT. Sources have also suggested; the song will be of a Greek feel, or ethnic style, illustrating the nation’s incredible music to the rest of the fellow Eurovision nations.

The show producers will allocate definite running order of the songs of each semi, likely by the final week of March.