This month‘s biggest, most in demand hit songs.

Spinning the best new hit music, London to the world… 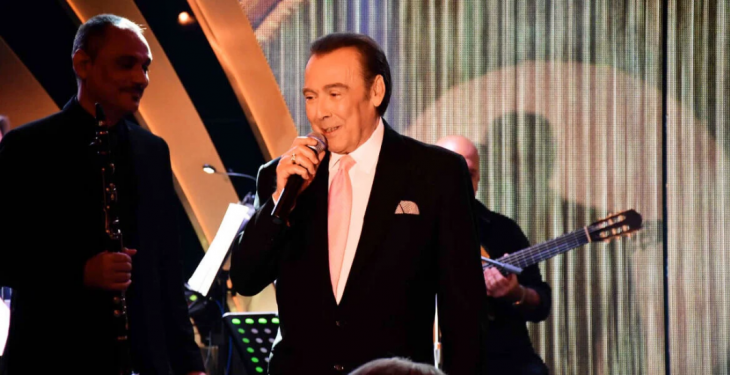 The legendary Greek singer Tolis Voskopoulos, singer-songwriter and actor whose career spanned more than six decades, has died. He was 80 years old.

Voskopoulos, a star of modern Greek folk music, died on Monday 19th July in an Athens hospital after a cardiac arrest, a few days before his 81st birthday and several weeks after being hospitalised with respiratory problems.

Born in Greece’s main port city of Piraeus Kokkinia on 26th July 1940 to parents who were refugees from Asia Minor, Voskopoulos was the youngest of 12 children and the only boy. He began his career as an actor, first appearing on stage at the age of 18 in 1953, and made his film debut a few years later in 1963.

Voskopoulos had a signature trademark as a crooner and romancer with his melodic, passionately-sung songs.

His first major musical success was considered to be the 1968 song “Agonia,” composed by Giorgos Zambetas, which sold over 300,000 copies, a record-breaking figure for Greek music at the time.

Apart from music, Tolis Voskopoulos also starred in cinema and in theatre. One of Voskopoulos’ greatest theatrical hits was “Oi Erastes tou Oneirou” (Dream Lovers), which he performed opposite Zoe Laskari.

He also starred in roles alongside Vassilis Avlonitis, Rena Vlachopoulou, Kostas Chatzichristos and others.

Among his greatest hits were the musicals Singing Theatre (1978 with Maria Aliferi) and You Came Like a Dream (1998 with Angela Gerekou), where the theatrical script was based on the way they had met.

He is survived by his fourth wife, former actress and minister Angela Gerekou and their daughter Maria Voskopoulou.

Greek Culture Minister Lina Mendoni said, “Tolis Voskopoulos was fortunate to be appreciated by his colleagues and adored by the public. He was a true, popular idol, a talented, intelligent performer who created a different, particular kind of entertainment on the stage.”

Greek Prime Minister Kyriakos Mitsotakis tweeted, he “lived as he sang, sang as he lived and in the same way he left: ‘unrepeatable,’ as his melodic lyrics will say forever,” [a reference to a Voskopoulos song-title].

LGR extends their condolences to Tolis Voskopoulos’ family and friends and we will continue to pay tribute to him through his music this week.

On July 20, 1974 at 5:30am, Turkish troops landed on the Republic of Cyprus’ coast five miles off Kyrenia. Since that day, nothing on the island has ever been the same.

Every year since, on the anniversary of the invasion, sirens have blared out over the Republic, recalling the moment Turkish troops invaded.

In 1974, approximately 40,000 Turkish troops under the command of Lieutenant Nurettin Ersin implemented their invasion plan, code-named ‘Attila’, illegally invading the island in violation of the UN Security Council Charter.

47 years on from the most tragic page in the Republic of Cyprus’ history, at 5:30am the war sirens rang around the island once more.

A young 16-year-old British Cypriot singer representing Cyprus in the Eurovision Song Contest 2004 took to the stage in Konstantinopouli.

Lisa Andreas from Gillingham, Kent, was the Cyprus act on May 12th 2004. 17 years later and in June 2021, ‘Stronger Every Minute’ is released globally for the first time. It will feature an extended mix and the never heard English/Greek version, which Lisa sang only once at one of the rehearsals in Istanbul.

Mike Connaris, a London-Cypriot producer and composer wrote the song, at his Mcasso Music studios in Soho, in London’s West End.

“I’m excited that Stronger Every Minute will be available on all streaming platforms and will give all the people that voted, and all the people that watched the performance, a chance to hit play and travel back to this time whenever they want.” Lisa Andreas told London Greek Radio.

This year was the very first Eurovision Song Contest semi-final, and Lisa was one of 22 contestants competing for just 10 places in the Final, held in the magnificent Abdi İpekçi Arena.

What can be revealed now, on the morning of the semi-final, Lisa had awoken with a sore throat and was in great discomfort. It was going to be a challenge for her to hit the highest notes of the song, so together with her producer, Mike Connaris, they hastily arranged a rehearsal in the hotel to change the melody of certain parts of the song.

The semi-final went well, but with 9 countries already announced as proceeding to the Final, there was only one envelope left to open. The tension in the green room was unbearable, but when “CYPRUS” was announced as the last of the 10, the Cyprus delegation went wild. Being announced 10th, meant that Cyprus took the last available spot of 21st in the Final, and Lisa went on to achieve 5th position, with Cyprus also receiving the Marcel Bezençon Award for composition, the first year this category had been introduced.

“My time at the Eurovision was truly magical. It’s difficult to encapsulate the entire experience into words. When I think of that time, it’s like a huge Eurovision bubble. I think back through meeting Mike and hearing Stronger Every Minute for the first time and recording the song (with hopes of being selected). I think of the months of preparation that came before and to the competition in Cyprus. I remember crying and being overwhelmed and shocked that I had been chosen by the entire country to represent them. My mum heard them say it first and I didn’t believe her! It was such an honour; a proud and humbling experience. I remember how proud my family and friends were and that is something that will always stay with me. There are so many stories- that we still tell – immense joy and many pivotal moments from that time that shaped who I am as a person and as a performer.”

“Everyone should attend the Eurovision Song Contest at least once in their life. You have to attend the Eurovision to really understand how wonderful it is. How much love there is. Love that is just pouring out everywhere. It affects the whole place. There is a buzz of excitement in the air that you can feel the moment you arrive and it just doesn’t stop until you leave. To have all of these people attending for their love of music and for the fun of it all, is wonderful. I made many special connections with people because of Eurovision.”

“There is a level of happiness and inexplicable comradery among the artists that is a reflection of how music itself makes you feel. It doesn’t feel like a competition at all.”

“Everyone was just thrilled to be there and be experiencing this ‘once in a lifetime’ music event together. It was like one huge music family. I feel incredibly grateful to have experienced that with artists from across the world and with my parents by my side too.”

The ‘Stronger Every Minute’ EP will be released through Mcasso Digital on June 4th, 2021 across all streaming platforms including Spotify, iTunes & Amazon.


Article written by London Greek Radio, Mcasso Music
We use cookies to ensure that we give you the best experience on our website. If you continue to use this site we will assume that you are happy with it.OkPrivacy policy