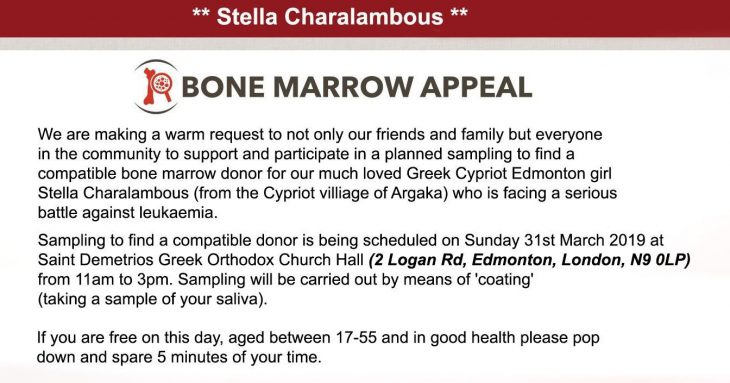 A Greek-Cypriot girl from Edmonton, Stella Charalambous, is in desperate need of a bone marrow donation. The Cypriot community, are asked to support and participate in a planned sampling to find a compatible bone marrow donor for Stella Charalambous, a Cypriot from North London, with roots in the Cypriot village of Argaka, who is facing a serious battle against leukaemia.

Sampling to find a compatible donor is being scheduled on Sunday 31st March 2019 at Saint Demetrios Greek Orthodox Church Hall, 2 Logan Road, Edmonton, London, N9 0LP from 11am to 3pm. Sampling will be carried out by means of ‘coating’ (taking a sample of your saliva).

If you are free on this day, aged between 17-55 and in good health please pop down and spare 5 minutes of your time.

Supported by The Leukaemia Society. 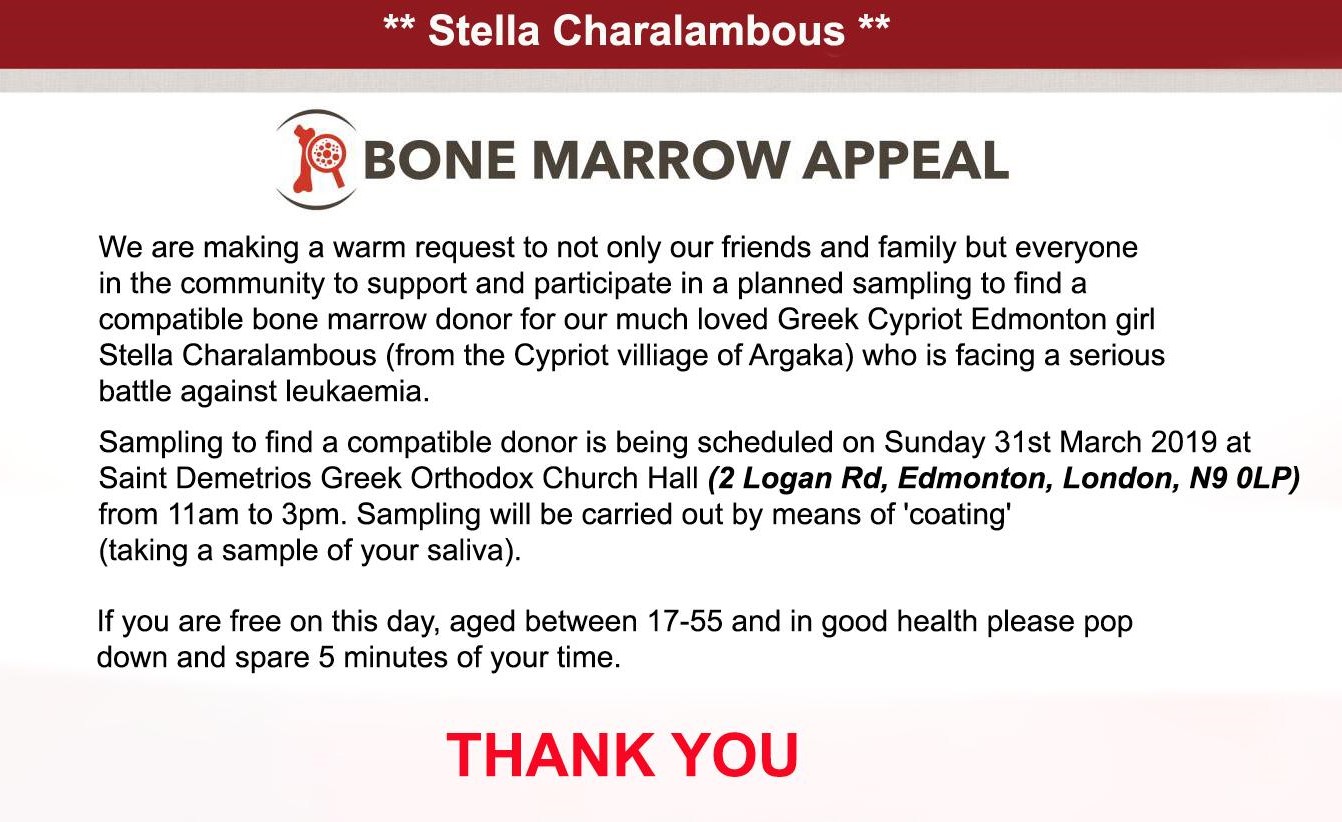 Upon arrival you will be greeted with a welcome drink and then enjoy an extensive menu, which includes an array of Meze starters, BBQ Lamb and Chicken Souvla or Vegetarian Option. Followed by a selection of delicious Greek Sweets, served with Tea and Coffee, while being entertained by Petro the Violinist. 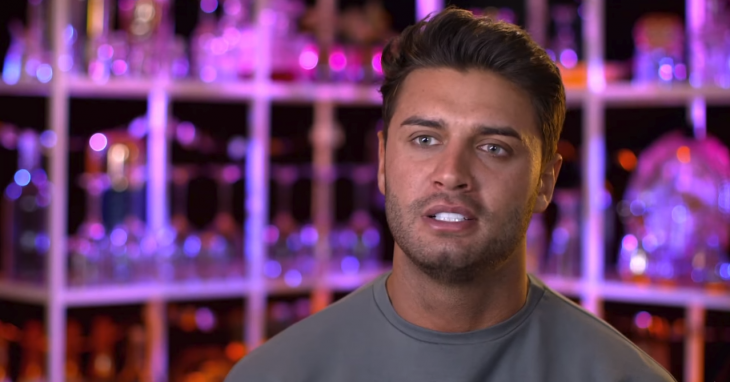 The reality TV favourite, affectionately nicknamed Muggy Mike, was found in a park near his childhood home in North London.

Scotland Yard officers said they found the body of a man in his 20s hanged in a park in Edmonton on Saturday. A spokesperson said: “Police were called to a park near Latymer Way, N9 at 0928hrs on Saturday, 16 March to reports of a man found hanged.

“Officers and the London Ambulance Service attended and found a man, aged in his 20s, deceased.

“At this early stage, the death is not being treated as suspicious.

“Police are in the process of informing the man’s next of kin. A file will be prepared for the coroner.”

The news of his death comes just months after his best friend Danny Cutts passed away, with further reports suggesting he had been grieving his late grandmother. The reality TV star had moved in with the 94-year-old after her deteriorating health meant she needed a full time carer.

He achieved fame on the 2017 series of Love Island and was also a semi-pro footballer.

Born in Edmonton, the British Cypriot played for a range of teams including Ebbsfleet United, St Albans, Chelmsford, Welling United, Stevenage and Margate.

His most successful spell during his sporting career when he played for Stevenage and represented the Cyprus national team and during the 2012/13 season, he scored seven goals in 19 appearances for Boreham Wood.

The reality star was due to open his own restaurant, with reports suggesting the unveiling would be next week.

He also appeared on the reality show Celebs Go Dating in 2018. He split from The Only Way Is Essex star Megan McKenna late last year.

After the island Mike signed up to appear in the fourth series of Celebs Go Dating alongside Gemma Collins, London Hughes and Sam Thompson.

He posted a shirtless picture on Instagram earlier this month, advertising a prize for followers.

We at London Greek Radio would like to extend our deepest sympathies to his family and friends at this difficult time. 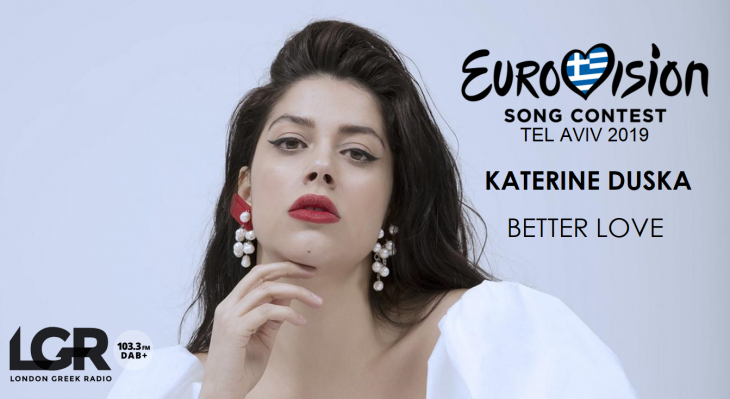 Katerine Duska will be flying the Greek flag for the upcoming Eurovision Song Contest in Tel Aviv this May. Greece compete in the Eurovision First Semi-Final…

Greek broadcaster ERT have confirmed that the Greek-Canadian singer/songwriter, born in Montreal and currently residing in Athens, will sing the song ‘Better Love‘. The self-penned tune is co-written with Leon of Athens and David Sneddon.

The panellists felt that Katerine’s “unique”, impressive metallic vocal, coupled with the “modern” song choice were right for this year’s entry.

“Officially representing Greece at the Eurovision Song Contest this year! Honoured, humbled and insanely psyched! Let’s do this!”

She told Greek TV, (translated) “It is a competition which embraces various musical genres and trends; it’s unpredictable results-wise. Being asked to do so this with a song I wrote myself is a crucial thing.”

Katerine studied law at the Kapodistrian University of Athens only to realise that music was what she actually wanted to pursue professionally.

Katerine studied classical guitar at the Music Academy, as well as singing under the guidance of eminent vocal coach Eleni Melissidi.  A background in classical music with studying and interpreting Arias and Lieder by Verdi, Mozart and Schubert, to modern jazz, has a strong allegiance to music, whatever form it takes.

Katerine rose to indie star status in 2014 with the hit, ‘One in a Million’ and her cover of the Arctic Monkeys’ “Do I Wanna Know”, reaching over one million views on YouTube.

Her 2015 debut album ‘Embodiment’ won critics over with the lead track “Fire Away” featuring prominently in a Nescafe Canada advertising campaign.

Her “trademark soulful rasp” has earnt comparisons to the late Amy Winehouse and it’s believed that she’s probably the first-ever Greek soulful artist, to hit the Eurovision stage.

Greece competes in the Eurovision first semi-final which airs on Tuesday 14th May at 8 pm GMT.

Hopefully, we will see Katerine’s progression to the grand final which is broadcast on Saturday 18th May.

For all of your Eurovision news on Greece, make sure you regularly check back to lgr.co.uk and tune in LGR to hear ‘Better love‘ in the coming weeks.

London Greek Radio wish Katerine and the Greek delegation the very best of luck in the competition.