Tune in to LGR to hear the latest Greek hits and the best new music, promos and exclusives. 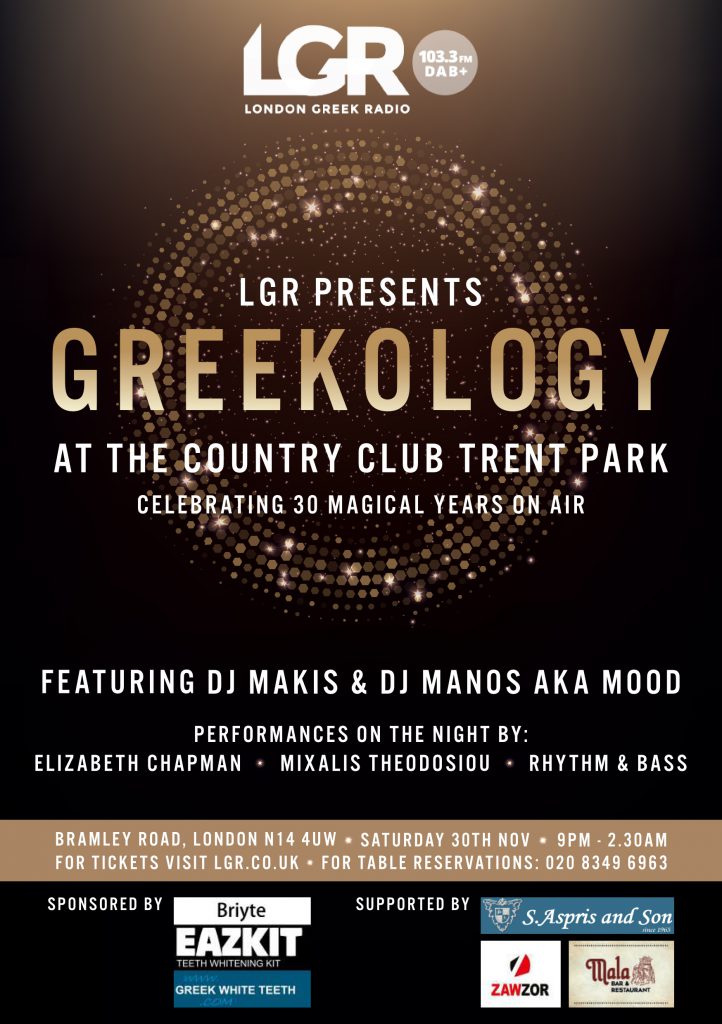 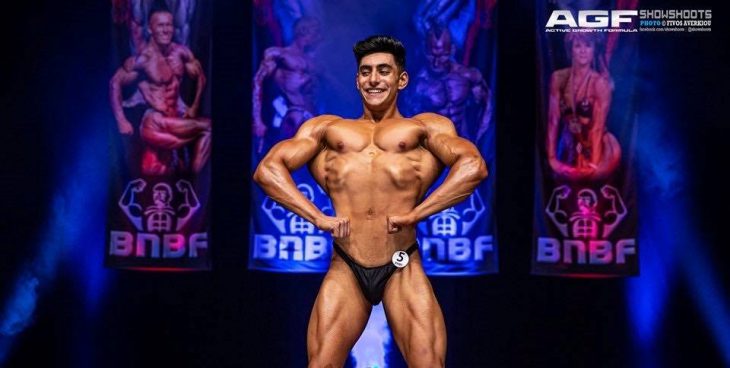 London-Cypriot Cos is a disciplined and motivated young person with three years training in his choice of sport under his belt.

The BNBF which stands for the British Natural Bodybuilding Federation runs the competition.

Mr Evangelides who is a personal trainer commented on his victory. “[Yesterday] I became the BNBF British Teen Bodybuilding Champion. To me this is a reflection of the endless grind I have out in since I started training 3 years ago. To be the best Teen Bodybuilder in Britain is something I’m struggling to fathom. I want to thank everyone for the amazing supportive messages and congratulations. All I can say is I am absolutely ecstatic (as you can see from my face). I wish to continue on this journey and take it up a peg next year where I will enter the Junior’s category as I’ll be 20 Years old and no longer able to compete as a teen.”

Cos is to represent UK in the World drug free bodybuilding Championships in Miami.

We would like to thank Fivos Averkiou the official photographer for the BNBF for submitting pictures to LGR. 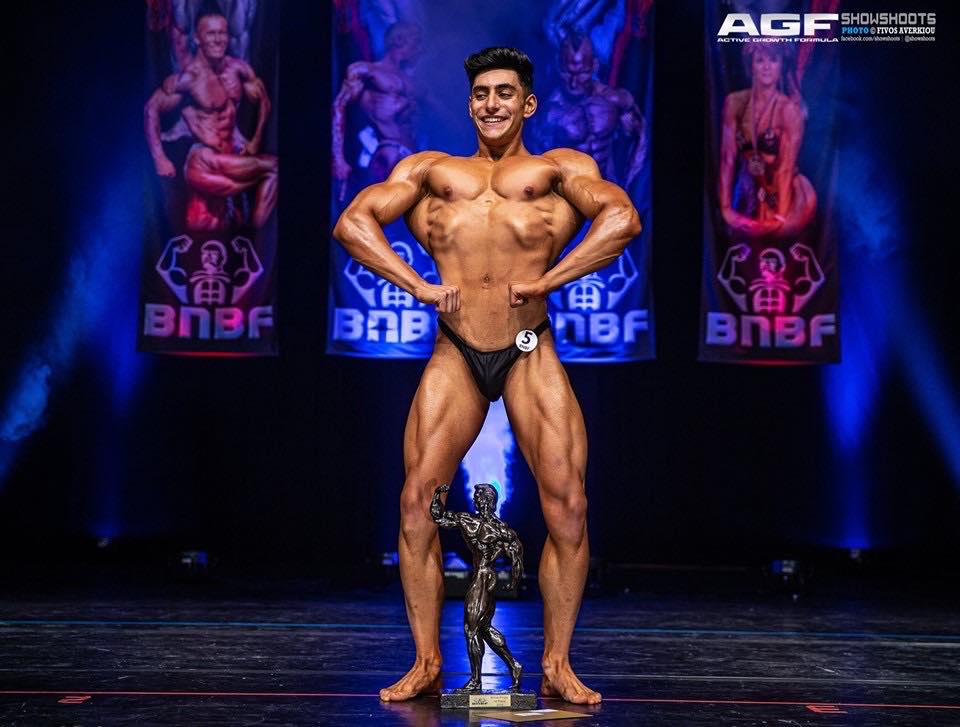 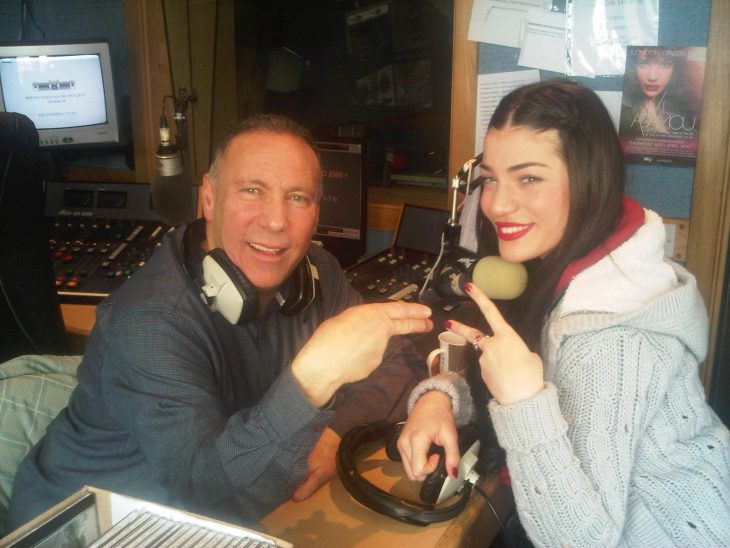 We hope that his family and friends are finding comfort in the legacy that he has left behind.

In 1983, Akis felt there was a need for a Greek radio station to give a voice to our community. No one could have imagined the success of London Greek Radio (LGR) as a pirate/unlicensed station. Thanks to his devotion, determination and continuous battles to keep the station on air, LGR became the world’s first Greek Radio Station to obtain an FM licence in 1989. This was achieved after Akis sold KISS FM, as he believed that providing the community with a platform was integral.

Today we’ve shared with you just a small section of Akis’ career and life. He was an amazing man and an inspirational leader. Words cannot begin to describe his impact on radio, on music and on his friends and family. RIP to our beloved GP. 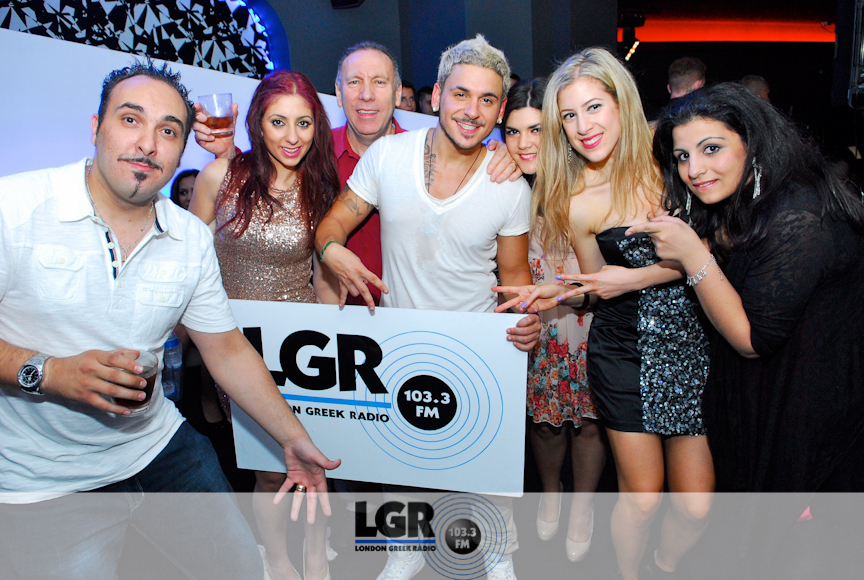 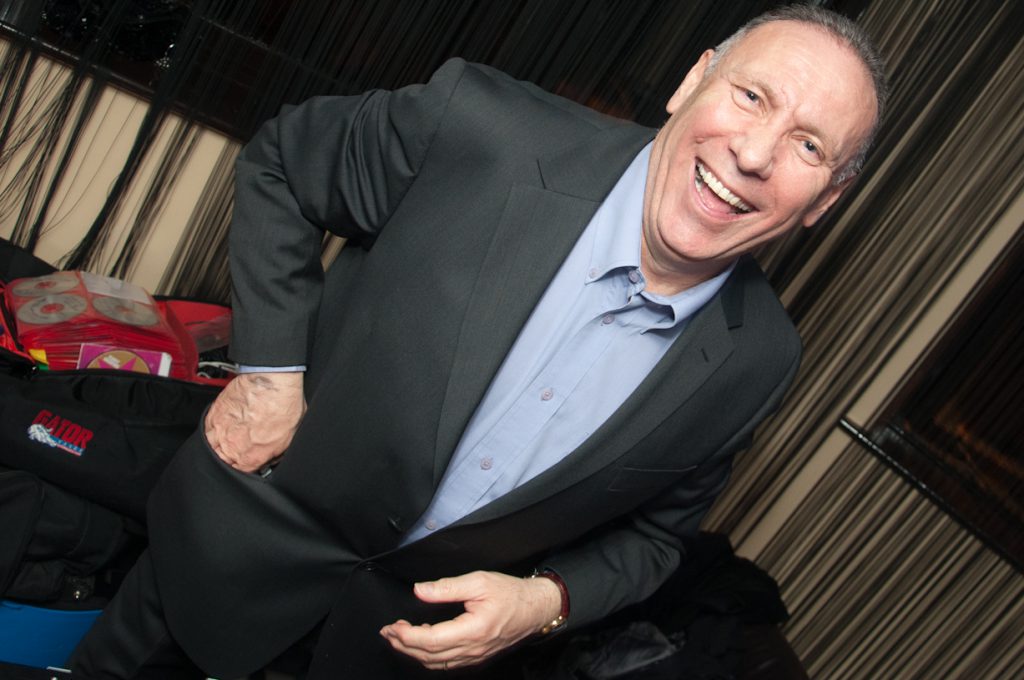 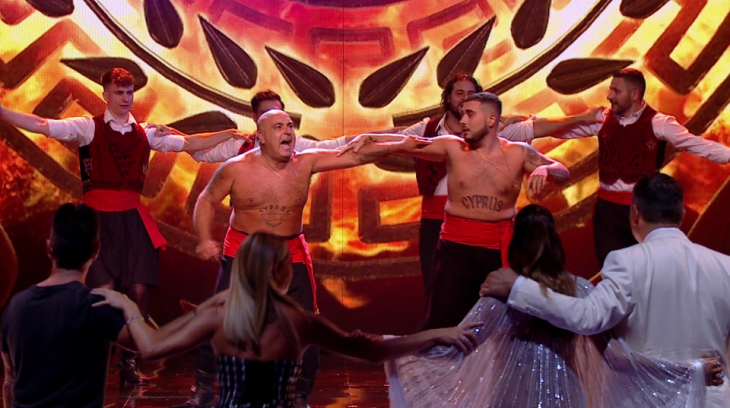 The British-born, Greek-Cypriot, father-son dance duo was voted second on Saturday night’s “Britain’s Got Talent: The Champions Final” who were looking for the ‘ultimate champion’.

The likeable pair, Demi Demetriou and son Michalakis (nickname ‘Lagi’) excitingly engaged the studio and got the judges on their feet.  Their routine was backed by the world-famous Mikis Theodorakis, “Zorba the Greek” music.

The routine over, senior Demetriou said to the judges and audience, “You’re all Greek now!”

The two-minute routine was fired-up with Cypriot dancers to compliment the act, which included Anthony Komodikis and Kiri Pitt.

Family and friends, including wife and mum, Karen Demetriou waved Cyprus flags.  Listeners told LGR that they felt uniquely proud of seeing the Cypriot-patriotic colours at such a huge television event.

Demi Demetriou, 51, bounced onto the stage in character of the usual Riverdance music, only for Lagi, 23, to ‘cut it off’ and announce: “Let’s do this Greek style.”

He then told his dad: “Teach them to dance!”

Demi happily obliged, demanding that everybody in the studio gets up on their feet as Zorba the Greek started playing.

Stavros Flatley were Britain’s Got Talent finalists in the third series of the show, ten years ago in 2009.

Speaking after their energetic performance, judge David Walliams told them, “This is interpretive dance, it’s an interpretation of what dance is, and it was great you involved all of us actually.”

Simon Cowell agreed, with the 60-year-old telling the pair: “You just make us feel-good. In this country we just want to feel good and that is what you have just done.” Alesha Dixon echoed the sentiment, saying, “You made us smile, you made us feel good. What more can I say, I love you”.

Amanda Holden summarised the pair’s legacy with, “You are the heart of Britain’s Got Talent! You make my heart sing!”

From LGR’s point of view, we thank Demi and Laki for the fun. The duo have often said it’s just a “fun jokey act” but one that we think, has always managed to extract that joyful, feel-good factor. 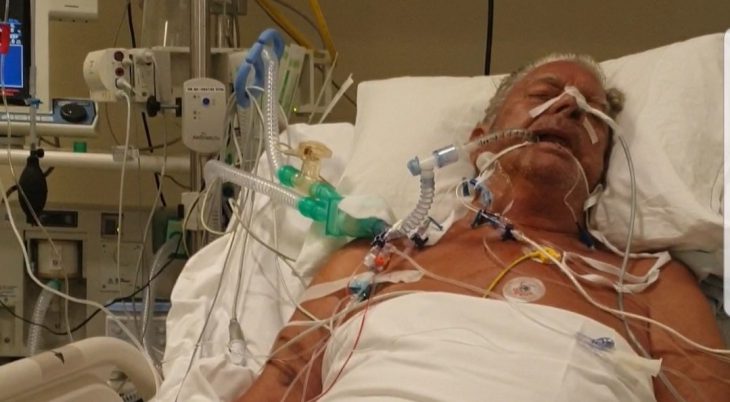 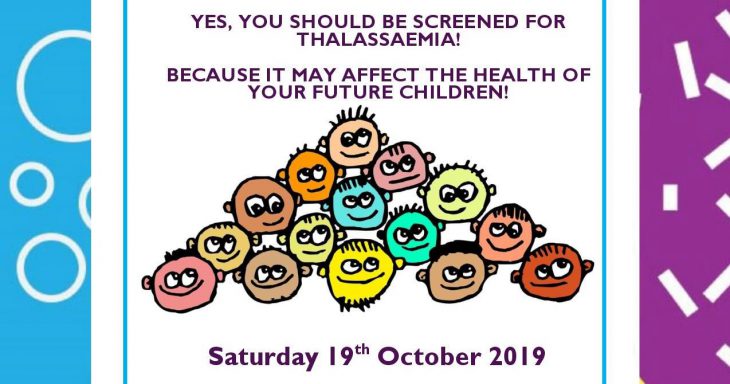 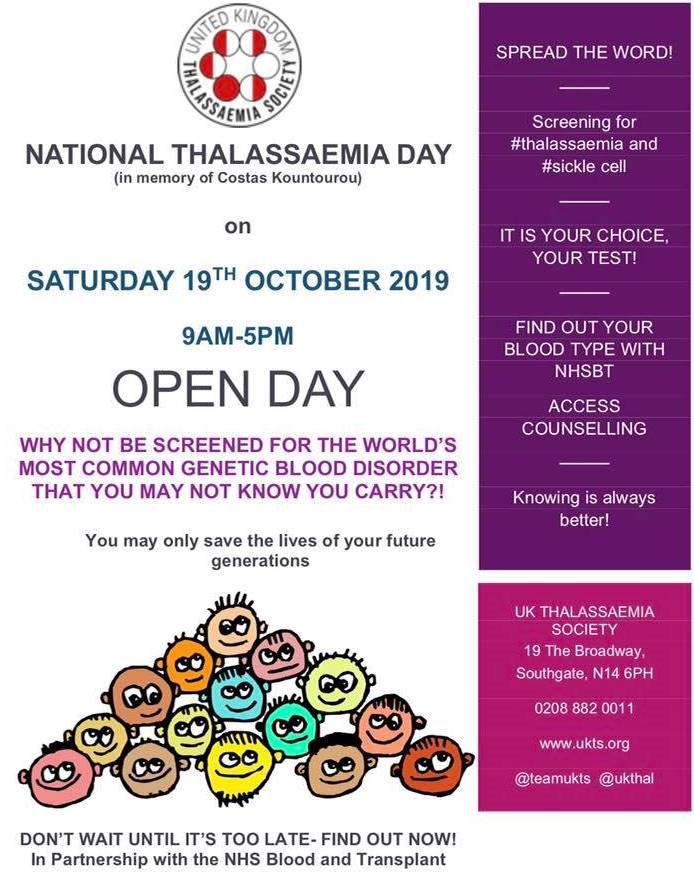 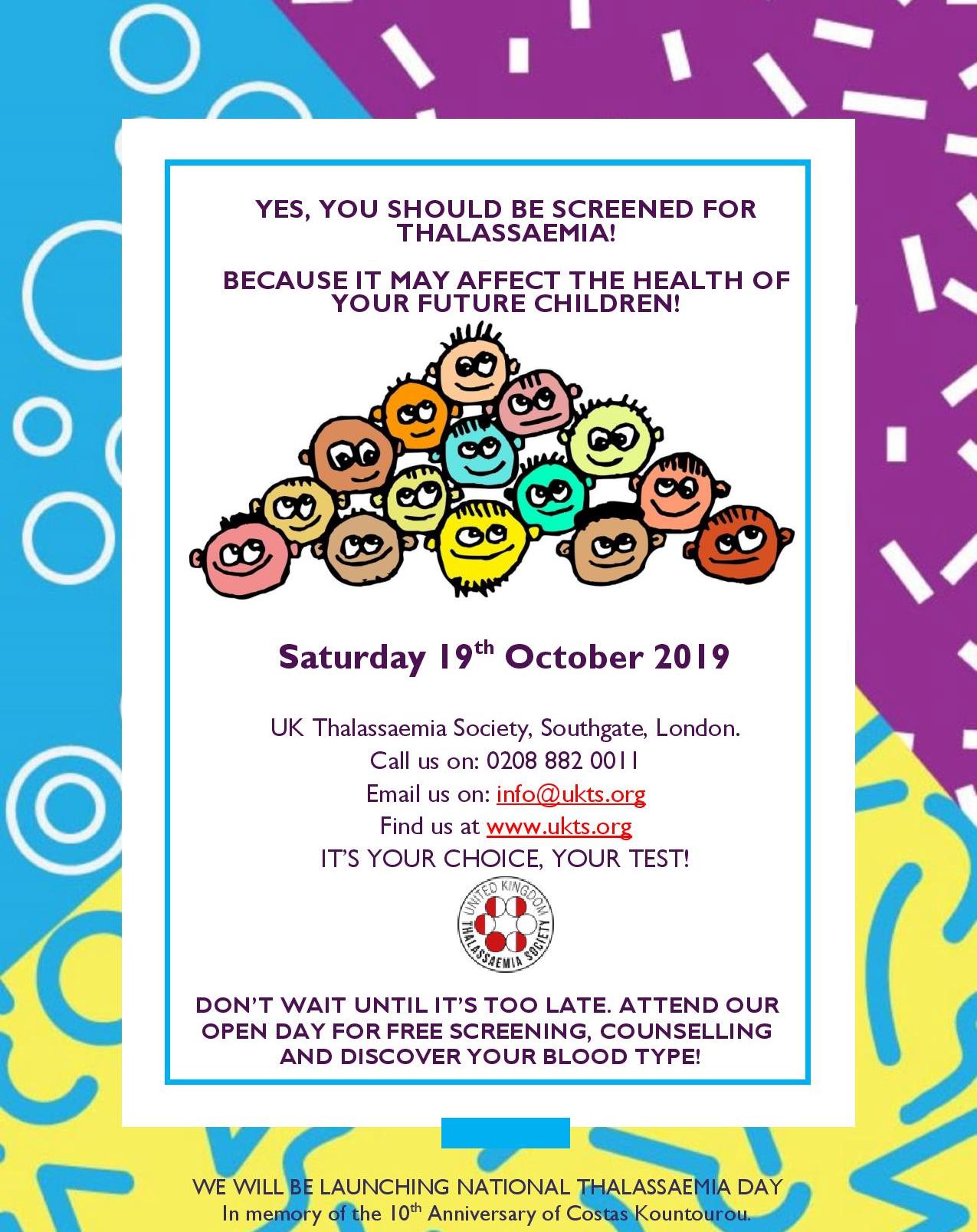