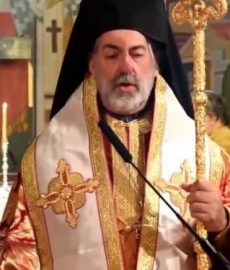 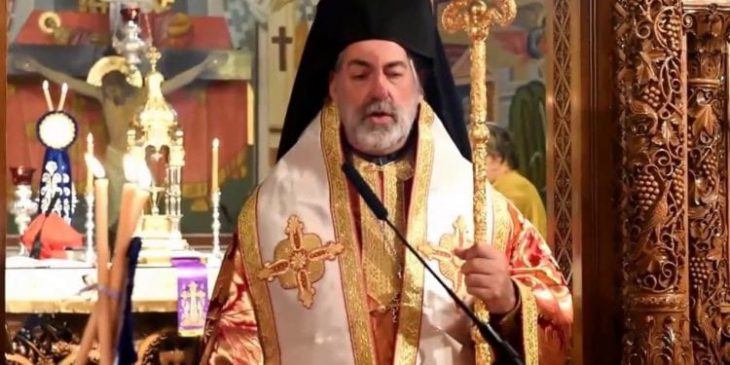 The Holy and Sacred Synod of the Ecumenical Patriarchate has elected the new Archbishop of Thyateira and Great Britain.

The Holy and Holy Synod unanimously elected Metropolitan Nikitas of Dardanelles as the new Archbishop of Thyateira.

He was ordained a Deacon in 1985 by Archbishop Jacob of America and in the same year he became a Presbyter. He served in Saints Constantine and Helen (Merriville, IN) Church, and, since 1987, in the Holy Diocese of Chicago as Secretary.

In 1988 he received the Archimandrite’s officium and became a Protosyncellus at the same Bishopric.

In St. Petersburg, Russia, he completed his studies in History and Russian language. He taught selected courses on Orthodoxy at the Loyola University of Chicago.

On December 2, 1996, he was unanimously elected as Metropolitan of Hong Kong and ordained on the 14th of the same month at the Patriarchal Church of St. George.

His enthronement took place at St. Luca Cathedral in Hong Kong on January 12, 1997 and became the first regular priest of the newly-established Hong Kong Metropolis, and then he was appointed at the Dardanelles Metropolis in 2007.

It is finally worth mentioning that Metropolitan Nikitas is the Director of the Berkeley USA Patriarchal Orthodox Institute “Patriarch Athenagoras” in Berkeley, USA.

Metropolitan Nikitas succeeds His Eminence Archbishop Gregorios who has been Archbishop of Thyateira and Great Britain since 16th April 1988.

Born in the present-day Turkish-occupied village of Marathovounos in the district of Famagusta, Cyprus, on 28th October 1928, Archbishop Gregorios was appointed to the Church of All Saints in Camden, London in April 1959. He was ordained presbyter by the late Archbishop of Thyateira, Athenagoras Kavvadas, in the same month.

In 1964 he was appointed Chancellor of the Archdiocese of Thyateira. On 12th December 1970 he was consecrated Bishop of Tropaeou by the blessed former Archbishop of Thyateira Athenagoras Kokkinakis at the Cathedral of St Sophia. From the first day of his ordination he undertook to organise and administer St. Mary’s Cathedral and the Church of St. Barnabas the Apostle in Wood Green, North London.