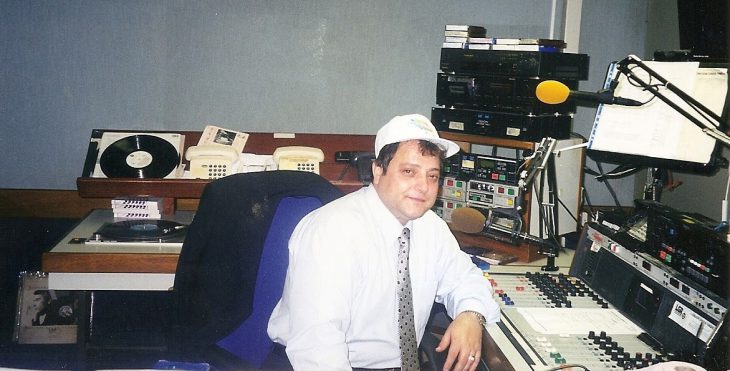 Mr Vorias was a presenter during the 1980s and 1990s and started at London Greek Radio in 1986 before the station obtained its FM licence.

Costas left LGR in 2002 and re-settled in Larnaca with his family.

He had served as Rentals Manager at Demorilo Holdings in Larnaca and studied “Radio and Media” at Enfield College in North London, graduating in 1989. He was schooled at ‘Pagkiprio Likio’ in his hometown of Larnaca.

The Vorias family have set-up a crowd-funding page called “We’re raising £1,000 to Give Costa the send-off he deserves”.

The page states, “As an alternative to sending flowers as a mark of respect, the family would welcome a donation to help give Costas the send-off and goodbye he deserves.”

Tony Psilou, Managing Director of LGR said, “It’s always sad to hear news like this and there’s some comfort in knowing that Costas’ time at LGR was popular and his programmes were enjoyed by thousands.”

Costas leaves behind his wife, Katie, two children, Stamatis and Katerina, his brother, three sisters and extended family and friends, as well as his loyal dog, ‘Brando’.

Funeral details were confirmed for Saturday 4th January 2019 at Apostolos Varnavas Church in Kameres, Larnaca, Cyprus. The service will take place at 12.30pm.

London Greek Radio expresses their deep sorrow at Costas’ sad passing, and we express our sincere condolences to family and friends.