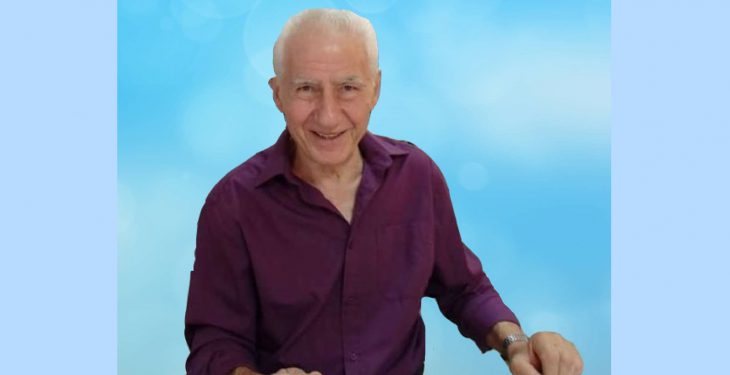 Andreas Kapetanios, the former goalkeeper for Orfeas Nicosia FC, has died suddenly in Larnaca at the age of 79.

He was the main goalkeeper for Orfeas FC between 1959 and 1963; it’s most successful-ever period in the club’s history.

Born in Myrtou in 1939, a young Andreas grew up to become one of Cyprus’ leading goalkeepers and a massive credit to Orfeas FC, who have never returned to the Cypriot First Division since Andreas left them in 1963.

His distinguished and captivating appearances, spectacularly saving goals during his time at the club have seldom been replicated in Cypriot football.

At the end of the 1962-63 season, Andreas joined Pezoporikos Larnaca FC, where he stayed from 1963 to 1968, continuing to impress spectators and football pundits with his goalkeeping abilities.

After retiring from professional football, Mr Kapetanios moved to England at the age of 29, where he started a new life getting married and raising a family in north London.

Andreas was a hard-working Senior Bodyshop Technician repairing vehicles for twenty-five years in London before semi-retiring back to his beloved Cyprus in 1993. He continued to repair cars, as well as closely watching football developments in Cyprus and the UK.

In 1996, he suffered a heart attack and was flown back to England, where he underwent a quadruple heart-bypass at Harefield Hospital in London.

For the last twenty-five years, Andreas lived in Larnaca, however, his love of football never stopped and he continued to enjoy the Cypriot league, as well as the UK’s Premiership, having been a West Ham United supporter during his time in England.

In later years, Mr Kapetanios enjoyed travelling between Cyprus and England visiting his adult-children and grandchildren.

Andrew Kapetanios died peacefully in his sleep on the feast day of the Assumption of The Panayia, (Holy Virgin Mary), on Wednesday, 15th August.

He was 79 years old and his survived legacy includes his wife, two adult children, two grandchildren, and his extended family.

He will be laid to rest on Saturday, 18th August at 12 o’clock, at St George’s Church, Pentelis Street, Larnaca, Cyprus.

LGR extends its sincere condolences to Andreas Kapetanios’ family including our very own Pierre Petrou, one of Andreas’ nephews.