ENLIGHTENMENT IS THE KEY TO PROMOTING THE CYPRUS ISSUE, OVERSEAS CYPRIOTS NOTE 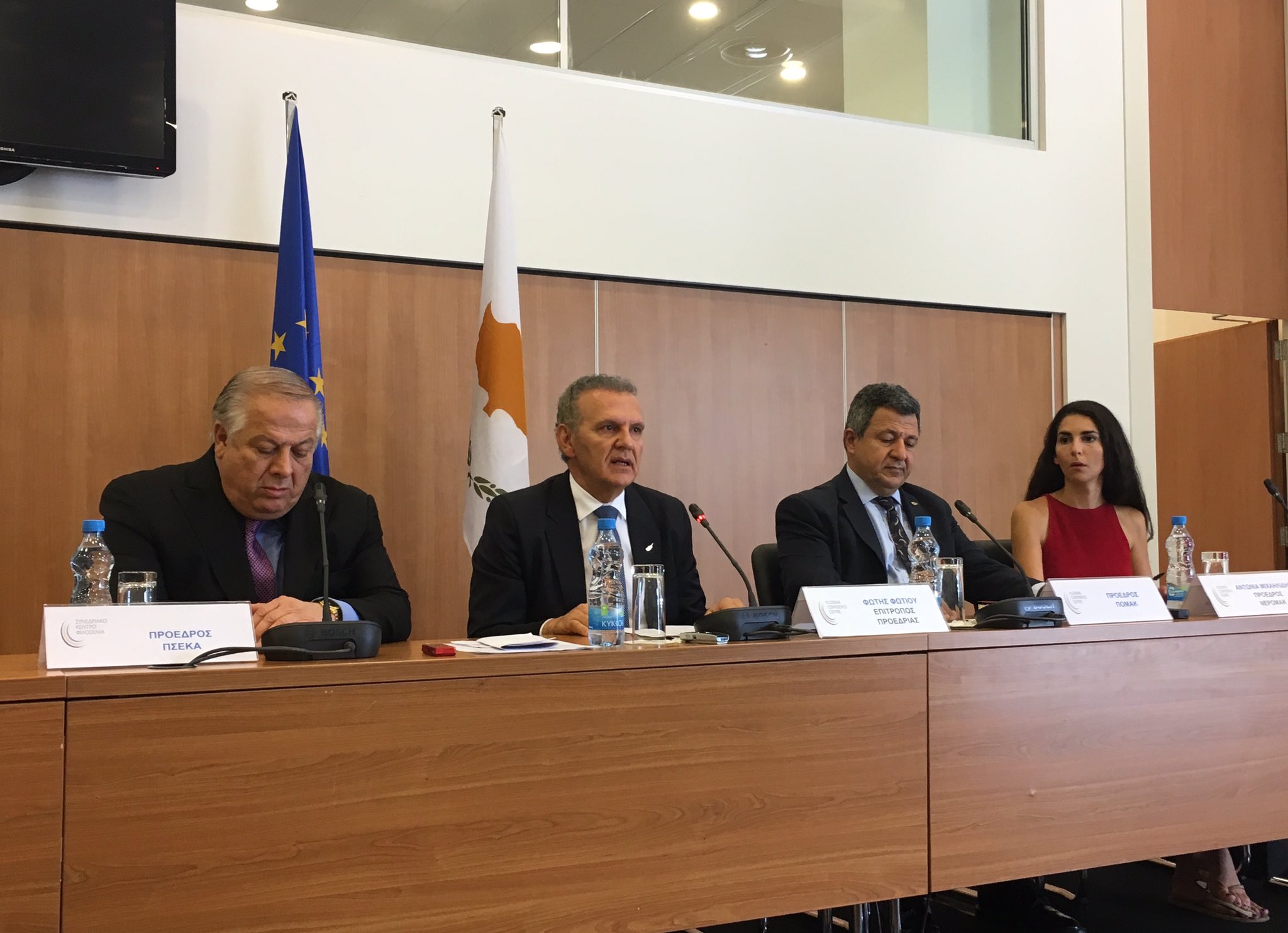 Enlightenment is the only weapon that can help promote the national issue, the leaders of Cypriot diaspora have said.

He thanked POMAK, PSEKA and NEPOMAK for their work, especially Antonia Michalides, chairwoman of NEPOMAK, noting that the new generation should be supported to maintain affiliation with their roots.

Fotiou praised the overseas Cypriots for their continued willingness to help in finding a solution for the Cyprus problem, adding ”we are at a crucial phase and overseas Cypriots are giving us lessons of unity. We will continue the struggle to end the occupation and this is the message conveyed by this conference”, he added.

The commissioner also said that special emphasis should be given for the diaspora to forge more cooperation agreements with the diaspora of other countries that have a key role. He praised cooperation with the Jewish and Armenian diaspora as they are powerful at decision-making centres.

We have also involved Greece in this, he said and referred to the successful example in the US where the Cypriot, Greek and Jewish diaspora work at all levels, especially the political level as it is a way to promote common interests.

Regarding the missing persons issue, Fotiou said it was tabled by many delegates and they discussed ways to promote and enlighten on the issue at decision taking centres so that Turkey is persuaded and pressured into providing information on the missing persons. ”It is a shame for the international community 43 years on, to still have two-thirds of our missing unaccounted for”, he added.

Regarding the number of overseas Cypriots, he said a first estimation is 500-600 thousand.

On the enlightenment funds, Fotiou said that it is imperative to increase them.

POMAK President Andreas Papaevripidis said that they are examining options, noting that prominent business leaders should make a fund solely for enlightenment.

He also said that the aim is to maintain the Cypriot diaspora because it will always need to support its homeland.

PSEKA president Philip Christopher thanked Fotiou for upgrading the Overseas Cypriots’ conference.
Enlightenment is the only weapon we have, he said, adding neither the Cypriot nor Greek governments have yet appreciated that big funds are needed and that 2 million euros is not enough when Turkey spends 100 million at universities and think tanks.

Noting the effort will continue, Christopher called on Cypriot millionaires to “put their hands in their pockets and help”. Successful Jewish businesses put a two-to three percent of their earnings to support Israel, he added.

On her part, NEPOMAK leader Antonia Michaelides Antoniou said the conference was highly successful especially for the youth, as 40 came from all over the world.

“They came here with a limited understanding of what the conference was going to be about and have left feeling inspired to join our organisation and understand about their roots, history and promote the Cyprus problem and the missing persons issue in their own respective nations.

Regarding the new US administration, Christopher said that the American foreign policy was always pro-Turkish. However, he believes that there will be a change and overseas Cypriots in the US will work with Secretary of State Rex Tillerson who knows the Cyprus problem. At the same time, the new US administration has pledged that it will not allow any problem in Cyprus’ EEZ.

He also said that the diaspora in the US are already working on the President’s forthcoming trip to the US, adding “our attack should be enlightenment, we need everyone to know that the collapse of the talks was due to Turkey and the Cyprus issue is an issue of invasion and occupation.

Regarding the Brexit, Papaevripidis said that surely it will directly or indirectly affect the overseas Cypriots planning about Cyprus, however, so far, there have not been great repercussions.

Cyprus has been divided since the 1974 Turkish invasion. The latest round of UN-led negotiations in early July this year ended inconclusively and parties to the peace talks are going through a period of recollection.