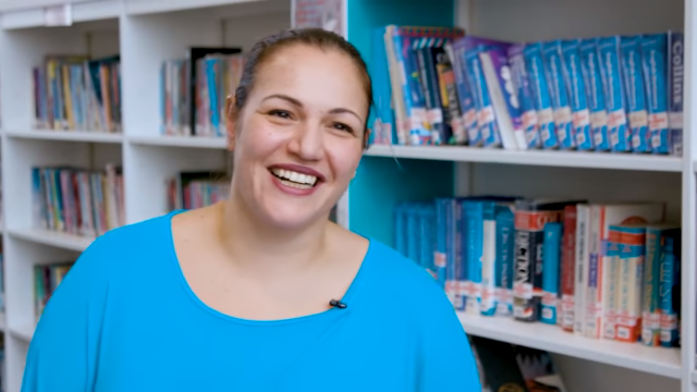 Andria Zafirakou, 40, beat 30,000 teachers from around the world to win the annual Global Teacher prize

A pioneering teacher, who was dubbed ‘the best in the world’ after scooping a $1million teaching prize, has described receiving an MBE as “humbling and special”.

Andria Zafirakou was born, in London. Her mother, Anna, is Cypriot and her father Greek who is well known in the community Father Georgios Zafirakou, the priest of the Greek Orthodox church of All Saints in Camden, London is Greek.

Mrs Zafirakou has done so much at Alperton Community College. The school is in Brent, an inner city area of London. It’s one of the UK’s most ethnically diverse – and disadvantaged – places.