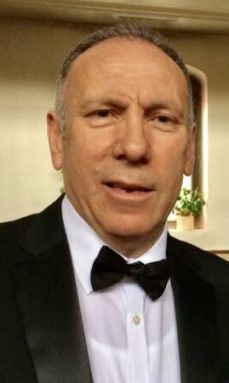 AKIS ERACLEOUS CO-FOUNDER OF LGR SADLY PASSES AWAY AT 66

It is with deep sadness that we announce the passing of London Greek Radio’s co-founder Akis Eracleous on Thursday 18th October 2018, at the age of 66.

Akis Eracleous was from Famagusta, born on the 26th of December 1952 and came to the UK at an early age, where he attended Islington Green School in London.

In 1983, Akis felt there was a need for a Greek radio station to give a voice to our community. No one could have imagined the success of London Greek Radio (LGR) as a pirate/unlicensed station. Thanks to his devotion, determination and continuous battles to keep the station on air, LGR became the WORLD’S first Greek Radio Station to obtain an FM licence in 1989. This was achieved after Akis sold KISS FM, as he believed that providing the community with a platform was integral.

In 2012, whilst leading LGR, Akis re-branded his 1970s ‘Soul Crackers’ and created Crackers Radio, online and on DAB, which he continued to manage until his sudden, unexpected death.

He was the original founder of the famous Kiss FM and presented shows on many radio stations, including Invicta Radio and City Sound Radio. During the occasions when LGR was taken off the air, he launched Sunshine Radio, an English-language service on the Cote D’Azur in the South of France. He was truly a pioneer of British radio. The legacy left by Akis Eracleous will live on.

Akis was a loyal loving family man, lifelong Arsenal fan and passionate season-ticket holder. His unique sense of humour and vibrant laugh will be remembered by us all forever.

The management and staff at London Greek Radio are all deeply saddened and shocked to learn of Akis’ passing and sincerely express their deepest and sincere condolences to his wife Julietta, his sons Emilio and Marko, his daughter Eva, his sister Androulla, his nephews Marios and Venizelos and his family and friends.

Details of the funeral will be announced soon.

May he rest in peace.