If you are wondering what the ultimate Eurovision song of all time is, BBC radio 2 has the answer.

Helena Paparizou and her song ‘My Number One’ was voted as the all-time favourite in a BBC poll. The song competed against the other 60 winners of the competition and Paparizou succeed, taking first place once again.

10 years after its release ‘My Number One’, the song that took Europe by storm in 2005, proved to be the most popular of all the Eurovision songs ever.

BBC Radio 2 noted: “This was Greece’s first ever victory in the competition back in 2005 and it actually led to mass celebrations on the streets of Athens. After the show, nationals descended on the streets to wave their flags and sing her song. The folk-dance love song then went on to gain top 40 chart positions in countries across the world, was later covered by a heavy metal band and was even featured as a soundtrack in a karaoke video game.”

Helena, singer and songwriter, was a member of the group Antique which became extremely popular after their participation in the Eurovision Song Contest back in 2001 with the half-Greek half-English song ‘Die for you’.

As of late, Paparizou has released her new song ‘Angel’ and once again her fans are responding enthusiastically, with more than 20 thousand views already, the song is promising to be another great hit.

The Cypriot community is effectively a bystander in British politics, when other ethnic communities are doubling numbers in Parliament and across British politics.  This general election saw a record number of (British Minority Ethnic) BME politicians elected to Parliament, with eight new BME MPs coming from Labour, seven from the Conservatives, and one SNP.  Ten new BME female MPs have been returned to the House of Commons.  None of them Cypriots.  The number BME MP’s is up to 41 from 25 in 2010.

According to John Kaponi  National (pictured above) Chairman of  ‘Future  Cyprus’, an organisation aiming to promote Cypriots in British public life,  “It’s now time the UK Cypriot community started to look at itself very closely and understand that without political muscle the “Cypriot community” will not be able to protect its interests and issues.  We therefore call on Cypriot associations and organisations to sign up to be members of British political parties and participate in local and national British politics.”

The General election results saw the return to Parliament by some of the Cypriot community strongest friends; but at the same time failed to bring back people like Nick De Bois, a tireless supporter of the Cypriots in London.  Cyprus Future played an active role across London and the South East of England encouraging as many Cypriots to vote in the general election. Some of the efforts worked, but on the whole the community did not play the role it should have at these very important elections.

An example of the lack of involvement in “main-stream” politics was seen starkly at the canvassing, leafleting, phone calling, emailing, talking to residents on the doorstep and manning stalls sessions of all the main parties in London.  With a handful of Cypriots out knocking doors, our “friends” who looked during the campaign  to see who their friends are, were clearly disappointed by the same old faces turning up.  More must be done to encourage more Cypriots to be actively involved in British politics.

NAYA: A SINGER ON THE RISE

The Greek independent record label The Spicy Effect has uploaded the song ‘Min Akous Kanenan’ from a new upcoming artist named Naya. The greek media has reported that Naya is already a well-known dancer and some claim that she might be one of the top dancers in Greece.

The song ‘Min Akous Kanenan’ is written by Gavriil Gavriilidis and a music video will be available very soon.

Yiannis Papadakos, who has directed videos for Sakis Rouvas , Kostas Martakis and Onirama, is going to be the director for this new artist’s video.

The label that signed Despina Vandi, Thanos Petrelis, Mater Tempo, Lena Papadopoulou and Eleni Hatzidou is now promoting this new star and the YouTube comment feedback is rather enthusiastic.

Efforts from the label to provide the best songwriter and director signifies that Naya is here to stay. The singer who has been an enigmatic figure since she was introduced to the public last May, when she appeared on the red Carpet of Madwalk 2015, has now excited fans with her first audio piece.

It is known that Phoebus, the owner of The Spicy Effect label, is always trying to find new talents and Naya just might be their next big star.

The girl with the white hair and tattoos has already attracted a lot of attention on social media and while we have to wait for her to release her first music video, the song is out and ready for public ears:

OLYMPUS NIGHTCLUB PRESENTS… GET YOUR GREEK ON 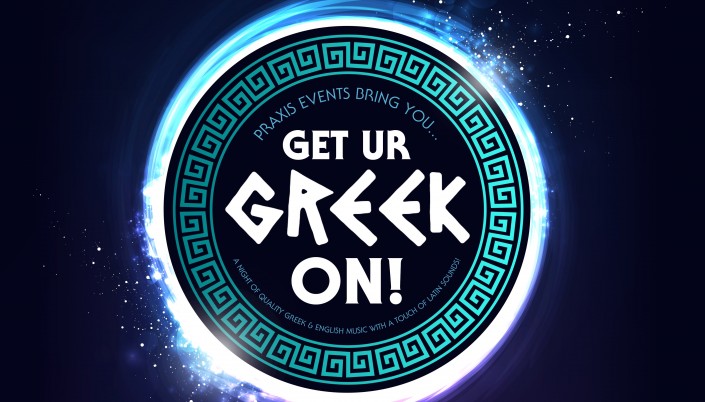 On Saturday the 20th June, Olympus Nightclub opens it’s doors with it’s grand opening party “GET UR GREEK ON”.

Come down to the plush new club OLYMPUS in wood green!

Entrance: Only £10 before midnight!
For advance tickets email: praxis.yapsody.com