Anthony Prokopiou is addicted to LGR and feels delighted to be able to share his passion with the LGR audience.

Born to Greek Cypriot parents in the UK, Anthony has lived the majority of his life in Buckinghamshire but did spend two incredibly formative, enjoyable and influential childhood years in Cyprus between 1972 to 1974.

Anthony has always enjoyed a broad selection of music and this extends to his love of Greek and Cypriot music, ranging from Λαϊκά / Ballads to classics and well-known favourites, as well as Ζεϊμπέκικα and more current music.

Furthermore, he loves the way in which the music of his heritage is one of the many factors that maintains the strong links and traditions within our community.

His father Michael, was one of the founding members of, and also a ”Psalti”, at the Greek Orthodox Church of the Holy Cross and Archangel Michael in Golders Green, London.

Anthony wishes he could sing in the way that his father could – as do all those unfortunate enough to have to listen to Anthony’s vocals! 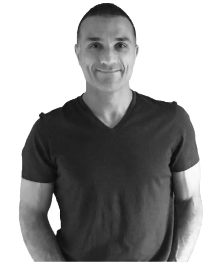