London Greek Radio Official UK Airplay Chart, with some of the biggest, most in demand hits in the chart.

London Greek Radio, Since 1989.
The Original Station with the sounds of our culture.

One of the greatest Greek singers in the history of popular Greek music, Giannis Poulopoulos died on Sunday night.  He was 79.

It’s understood that the singer had been in intensive care at Attikon Hospital in Athens for serious health problems.

Poulopoulos was one of the biggest stars in Greek music, with a back-catalogue of hits spanning throughout the 1960s, 1970s and 1980s before noting a brief 1990s revival.

In terms of album sales, he is the fourth biggest-selling Greek artist of all time.

His popularity grew with a unique and distinctive melodic vocal tone and ‘elafrolaiko’ romantic style.

Perhaps his most enduring hit was ‘To Agalma’, (The Statue), who remembers him first meeting his love and how the statue starts crying when it hears about his heartache and her wrong-doing.

He collaborated with some of Greece’s biggest composers such as Mikis Theodorakis, Giannis Spanos, Mimis Plessas, Manos Loizos amongst others.

His album ‘O Dromos’ by Mimis Plessas and Lefteris Papadopoulos in 1969 was to become the most successful selling album of all-time, selling in excess of three million copies, a feat that no other Greek album has approached to date.

Poulopoulos also appeared in several films, during the golden age of Greek cinema in the 1960s, such as ‘Oi Stigmatismenoi’, which also starred Giorgos Foundas and Maro Kodou; ‘O Tetraperatos’ with Kostas Hatzichristos; ‘Piraeus’ by Giorgos Katsaros, and in the romantic comedy ‘Tzeni-Tzeni’, where he performed with Tzeni Karezi.

Giannis Poulopoulos was born on 29th June 1941 in the village of Kardamili, in Messinia.  His parents moved the family to the Saint Lerotheos neighbourhood in Peristeri, near Athens.

When he was just five years old, his mother died and he was raised, along with his younger brother Vasili, by his father Giorgios.

He started singing at a young age and worked as a builder, played soccer in Saint Lerotheos and Atromitos, and also painted.

At the age of 19, Giannis auditioned for Mikis Theodorakis, Apostolos Kaldaras, Vassilis Tsitsanis, and Giannis Papaioannou.  Theodorakis was impressed and arranged for Poulopoulos to sing three songs in a theatrical production with Nikos Kourkoulos and Tzeni Karezi in Iakovos Kambanellis’s play, ‘The Neighborhood of Angels.’  He was signed to Columbia Records.

After leaving Columbia in 1964, he completed compulsory service in the army and was discharged two years later, where he started singing in small clubs in Plaka and recording songs again.

In 1966, he sang in a Mikis Theodorakis concert at the AEK stadium in Nea Philadelphia, together with Grigoris Bithikotsis, Maria Farantouri and Dimitris Mitropanos. In the same year he relaunched his recording career.

He retired from music in 1999, and was regularly approached with substantial proposals to sing in clubs and record again, however, the singer declined all offers.

Giannis Poulopoulos leaves behind a legacy of timeless classics and everyone at LGR is saddened to hear of his passing.

London Greek Radio will pay tribute to him from Monday 24th August to Sunday 30th August.  May he rest in peace.

Cypriot and Greek Orthodox Christians celebrate the Feast of the Dormition of the Theotokos on August 15th or Dekapentavgoustos each year.

It is a national and religious holiday in Cyprus and Greece that marks the “falling asleep” repose or kimisis of the Virgin Mary, mother of the Lord Jesus Christ. The Feast also commemorates the Assumption of the body of the Theotokos into heaven.

Panagia was with the Holy Apostles on the day of Pentecost – a moveable feast that occurs 50 days after Pascha (Easter) and marks the descent of the Holy Spirit and the culmination of the Holy Trinity. All of the Apostles except Apostle Thomas were at Panagia’s bedside when she “fell asleep” and the Lord Jesus Christ came down and carried her soul to heaven.

The body of the Theotokos was laid in a tomb near the Garden of Gethsemane but the tomb was empty three days later when Apostle Thomas went to see her. The Assumption of the Theotokos (body) was later confirmed by an angel and an appearance she made in front of the Apostles.

The Orthodox Churches across the UK would have held a Great Vespers on the evening before the Feast, and on the day of the Feast, it is celebrated with the Divine Liturgy of Church Service in the morning.

One of the longest-running slots on LGR, every Sunday morning and at Easter.

There are three churches which are broadcast on a rotation, St. Andrew The Apostle, Kentish Town; St. John The Baptist, Wightman Road; and The Twelve Apostles, Hertfordshire, Brookmans Park.

Rebetiko musician Agathonas Iakovidis, best known for his collaboration with Koza Mostra in the Eurovision Song Contest 2013 has died suddenly.

Iakovidis died on Wednesday morning, 5th August, at his home in Thessaloniki at the age of 65, after an apparent heart attack, according to thestival.gr.

Agathonas whose signature Baglama wowed Eurovision fans with the song, “Alcohol is Free”, notching a Top 6th placing for Greece, which was their best result for that decade.

Many British fans rated the ethnic-ska-band’s song as one of the much-cherished entries from Greece. The song received the UK’s eight-points and a fantastic Twitter reaction from Eurovision fans.

As a friend of LGR, Agathonas performed a live acoustic performance with Koza Mostra, at our studios during a pre-contest tour and was one of the memorable Eurovision moments at London Greek Radio.

His parents hailed from Asia Minor, and he was born in Evangelisomos Langadas, Thessaloniki, in 1955.

He launched his musical career in 1973, with a fondness for Rebetiko and just four years later formed his own group, the “Rebetiko Band of Thessaloniki,” with a number of live concerts and two hit albums.

He was also known for his collaborations with musicians such as Costas Papadopoulos, George Koros, Vassilis Soukas, Lazaros Koutalidis, Nikos Filippidis and Nikos Hatzopoulos.

Earlier this year, the performer had paid tribute to hospital staff in Thessaloniki who were dealing with COVID-19 patients.  He performed alongside fellow musicians at the entrance to hospital to express his thanks to the medical workers.

Everyone at LGR was saddened to hear of his passing and we express our condolences to his family and friends.  May he rest in peace. 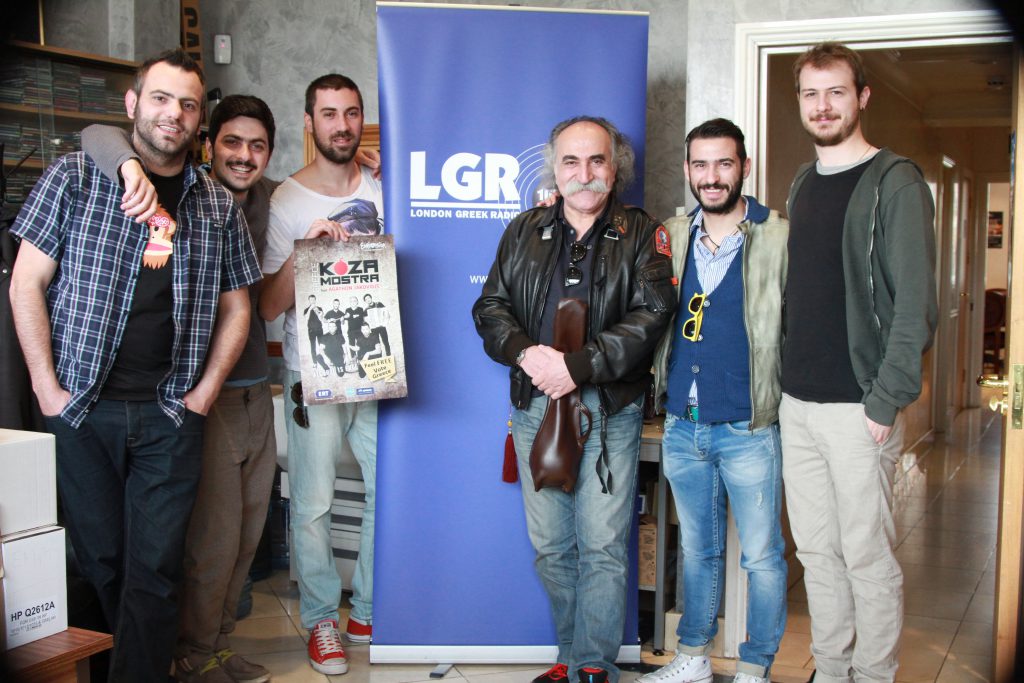 The programme has screened a second series last year and is a quirky, off-beat, eccentric comedy with a somewhat dry sense of humour.

The Channel 4 show, co-written by London-Cypriot Jamie Demetriou, with Tom Kingsley, Seb Barwell and Ash Atalla, beat out tough competition in the form of ‘Fleabag’ and ‘Derry Girls’ to take home the Scripted Comedy Award.

Jamie thanked his fellow cast members in response to the Best Male Performance gong saying, “My character dosen’t work, my performance dosen’t work without the other cast so I want to thank my amazing sister Natasia [Demetriou] whose the heart of this show.

I want to thank the amazing Al Roberts who I have just worshipped, just everyone. Katy, Kiell, Christos, Ellie, Dustin, Nick and David. And finally I’d like to thank my dear friend Charlie Perkins for getting me to do comedy when I was trying to be the bad boy of musical theatre when I was 21, thank you for saving me some embarrassment. And I want to thank my parents for their amazing love and specificity.”

The set-up is that Stath comes across as incompetent, impulsive and ambitious – in equal measure, and is desperate to prove himself to his Greek-Cypriot father who is retired and at home in series two but still as ever-observant and watchful over his son’s antics.

Demetriou is awaiting a possible confirmation to a third series from TV chiefs at Channel Four.

The annual ceremony was broadcast on BBC One and was the first in its history to be held virtually.

Richard Ayoade hosted the event in a closed and socially distanced studio, with winners accepting their awards via video link. 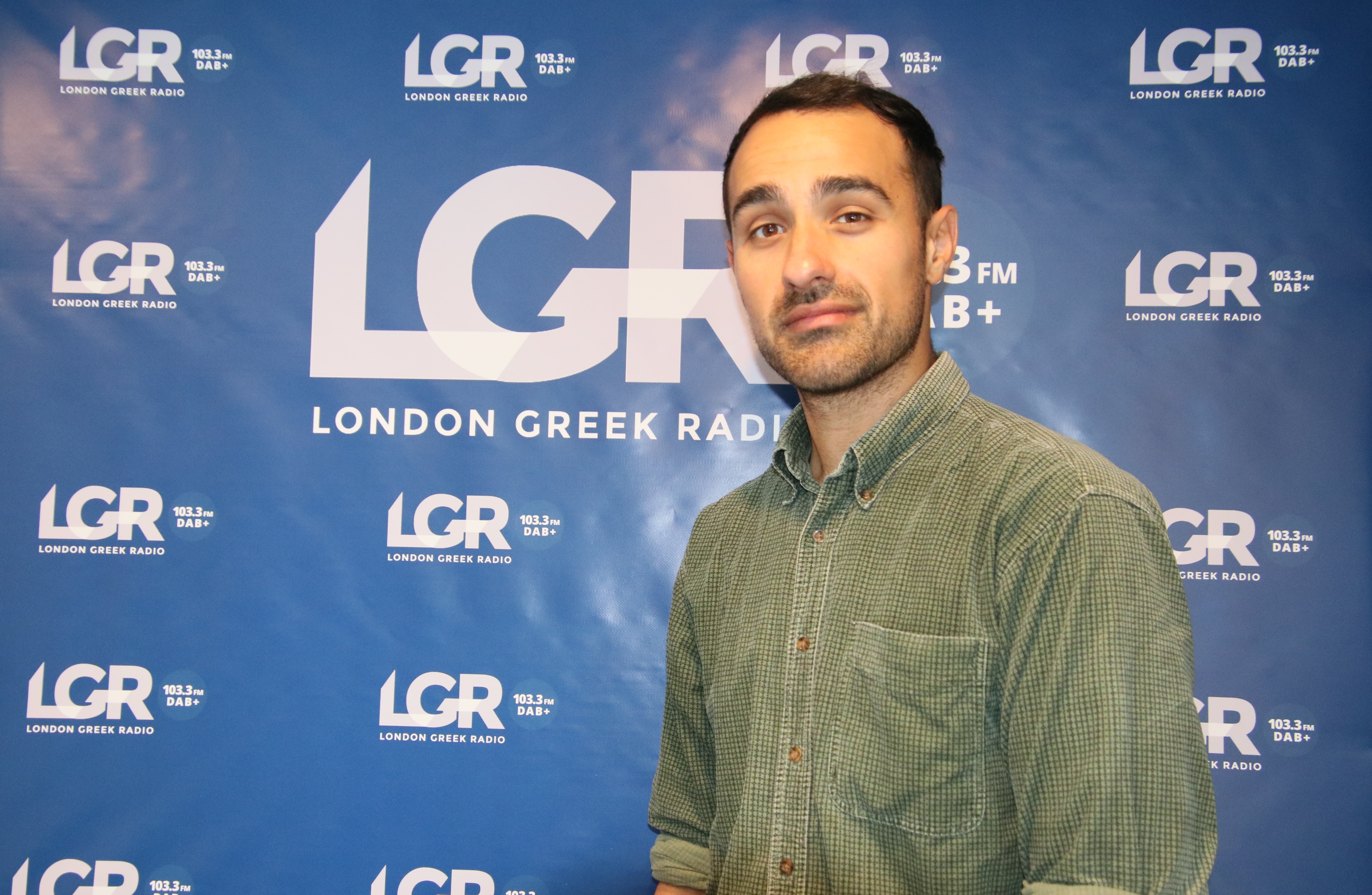 Jamie Demetriou: “London Greek Radio has been playing in my house since I was a foetus.”

We all grew up to it…